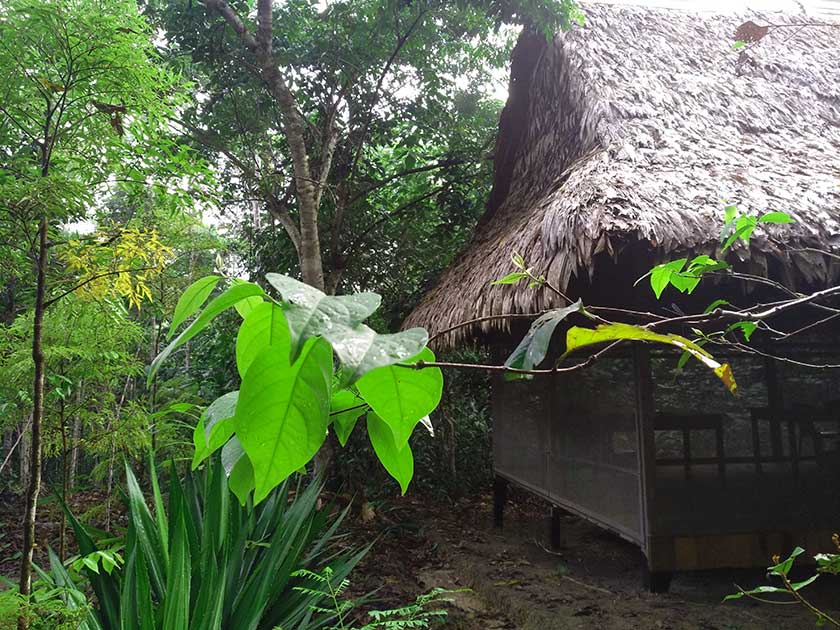 When I first heard about Ayahuasca, I realized that I needed it. And the circumstances somehow mysteriously succeeded, so in just a couple of months I already went on a tour to Peru.

First of all, of course, I was looking for of a good safe place. That time I could not even imagine what serious work on myself all this would result. Before arrival in Peru, previously I started preparing. I got recommendations to use the phone less, to distance myself from social life if possible, not to have a sex, to eat ordinary food. Three days before arrival, I was banned strictly to eat pork, dairy products, drink coffee and alcohol.

I stayed there three weeks. Looking ahead, I will say that the experience was not easy. The most difficult task was permanent fighting with my mind. It was hard to endure bouts of nausea and vomiting, when Ayahuasca picked up something inside me, and pulled it out. On the other hand, to complete my training successfully I must passed through all of these challenges.

A lot of insights, visions and breakthroughs happened just after such exhausting experiences, and sometimes in process.

For three weeks I followed a special diet without salt and spices. It was not big problem, but I saw the food in night dreams. 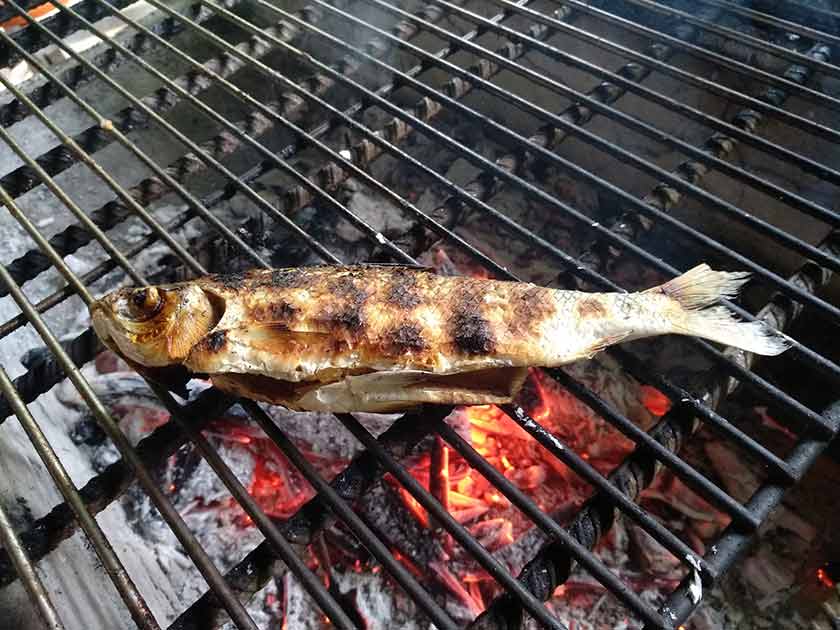 All the fun begins with the onset of darkness.

Hello Ayahuasca! Half a cup of viscous liquid. Very tasty - it seemed for the first time. But drinking it was much more hard to me later.

The first ceremony does not look like I expected at all. The space around me danced, vibrated and holographed with colorful patterns. It inhabited by many creatures moving so quick that my eyes could not caught them. The objects around me lost their usual shape and looked like large squares or rectangles.

Vomiting. The mouth was torn from yawning. The body tried to find a comfortable position in which I would not feel myself so sick. Thoughts in my head followed one another with an unbelievable speed.

There was no way to stop them. The brain tried hard to understand something and grab onto something familiar.

At some point, I felt huge powerful hands twisted my stomach and made me vomited. Exhausted, I lay on my stomach, my forehead on my hands. Instead of the floor, I saw a space that was filled with energy lines. The space was unlimited; it is everywhere. The show was incredible. Ayahuasca said: “Well done! That's all for today, lie down, have a rest.”

I moved to the bed. I was pressed by something soft. At that time, it was the best place on Earth. I feel fine. My body was happy. Every cell of my body was filled with life and exists separately, but nevertheless in unity with the whole body. I was lying with my eyes closed and watched a dance of yellow geometric flowers changing like in a kaleidoscope. I feel sunlight shining in my face. I felt gratitude, harmony, love.

There were small and large awareness took place periodically, and sometimes it surged like a wave. It was both happiness and tears at the same time.

Then I fell asleep. I dreamed about people from some long-forgotten events. The next day I found out that a bunch of thoughts in my head and crazy yawning - this is also cleaning. Everyone feel it individually, but it takes one or two weeks for the body and mind to clear themselves and only after that the real work begins.

As for dreams, it is worth paying special attention. First time, dreams point places where energy stuck and needs to be released. It is essential to accumulate energy. The more energy - the more productive work with the plant. Ayahuasca from the very beginning clean and extract all the dirt that body has accumulated. Simultaneously, she teaches lucid dreams. Dreams became brighter and brighter from day to day. At some moments, I managed to realize myself, but for a short time. Several times I managed to find my hands in a dream. My feelings was the same as in the real life. You recognize yourself in the same way.

Next time, Ayahuasca plunged me into total darkness. Yes, I was afraid of the dark in the past. And now I realized that this is not scary at all. I realized where my fear was coming from. It’s from my childhood. And there was no fear at all. Soft smooth lines began to glow before me. I saw something moving along them. Red and blue rings. This was a snake! At that moment, the eyes of the anaconda were in front of my face and after that it disappeared. Crawled away somewhere along the energetic threads of the universe. Anaconda is one of the incarnations of Ayahuasca. To meet her spirit is considered a very good sign. It’s beautiful. Thanks! And then Ayahuasca showed me what I could be. We examined different situations, and she showed me qualities that I did not use. She said: “Look, it’s more effective, it’s you too, you can do it another way!”

Next time, she taught me to sing in a voice full of strength, play the harp, and pointed my attention. Sometimes it was just a massage. I was pressed, burned, some new unimaginable vibrations passed through the body. My task was only to trust, to let them pass, do not resist and follow them.

There were small and large awareness periodically, and sometimes it surged like a wave. It was both happiness and tears at the same time.

Ayahuasca by surprise sensitively reacted to all my states, requests and resistance. I felt her kindness, care, support. She took care of me like a real mom all the time while I was there. When I did not want to go further, she said that she would wait. When I ached that I was sick, she said that it’s okay, here’s a bucket.

Once at the dinner, a small fish bone stuck in my throat. No one could help. She got stuck tight. They told me: "Ask Ayahuasca, she will pull it out."  A struggle of the mind and doubts has begun. I could not believe! But I asked. No confidence. In this place lit the burning immediately, but the bone remained at the same place.

Tormented all day long, I decided to try again. This time I asked from all my heart. Lay down. I felt the beginning of vomiting. It starts to turn me out right at the left side, right in the place where the bone was. Feel bad. It’s fever. Instead of vomiting, strange sounds fly out of my throat.

It was over. I was tired. I wiped away the tears.  I was checking the throat, but there’s no bone. Absolutely. It does not fit into the brain. Ayahuasca is alive really.

When my retreat was finished, I was told that the spirit of Ayahuasca is now always stay with me. I did a great job and therefore I can contact her whenever I want. She can come to me by herself.

That's not all. Upon returning home, I began to feel the world and myself much deeper, with smaller details. I find out many more new options. It looks like removing the blinders. The world began to shine with new colors. Sometimes Ayahuasca comes to me before bedtime.

A few photos from jungle: 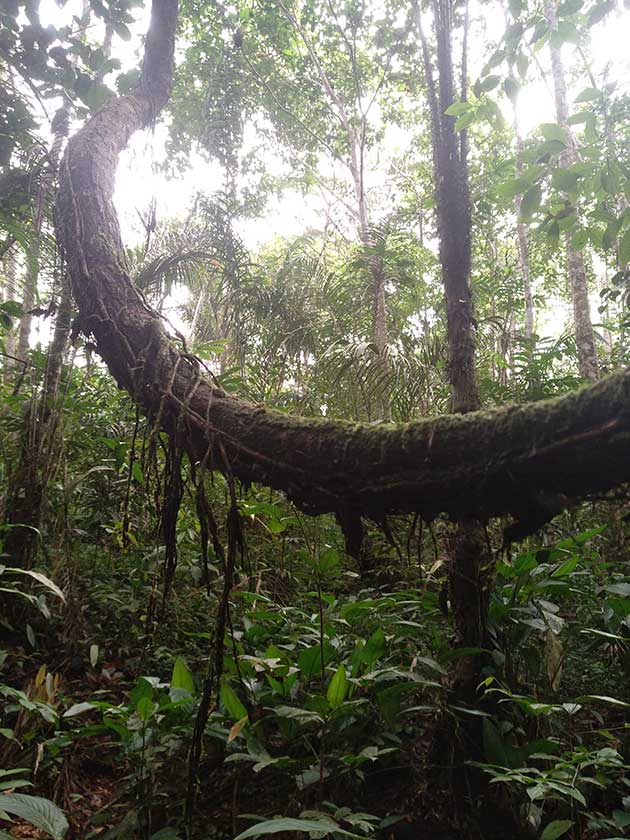 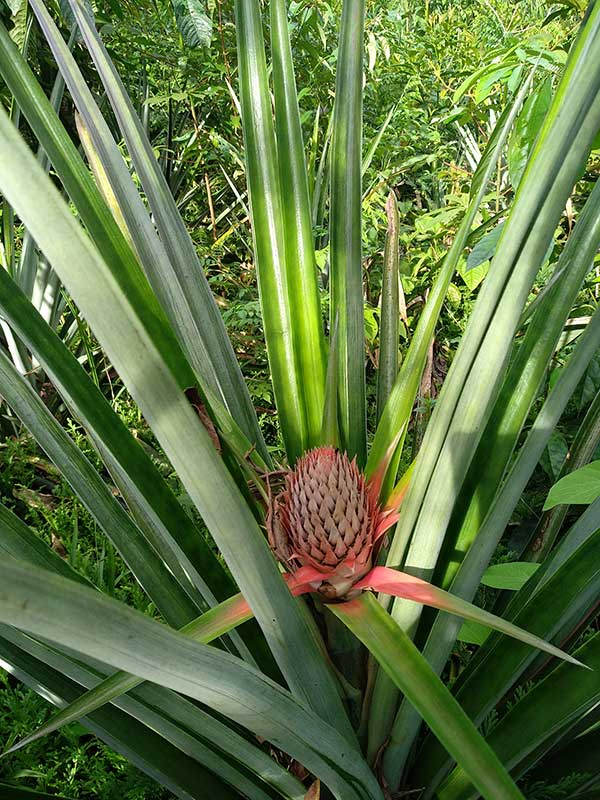 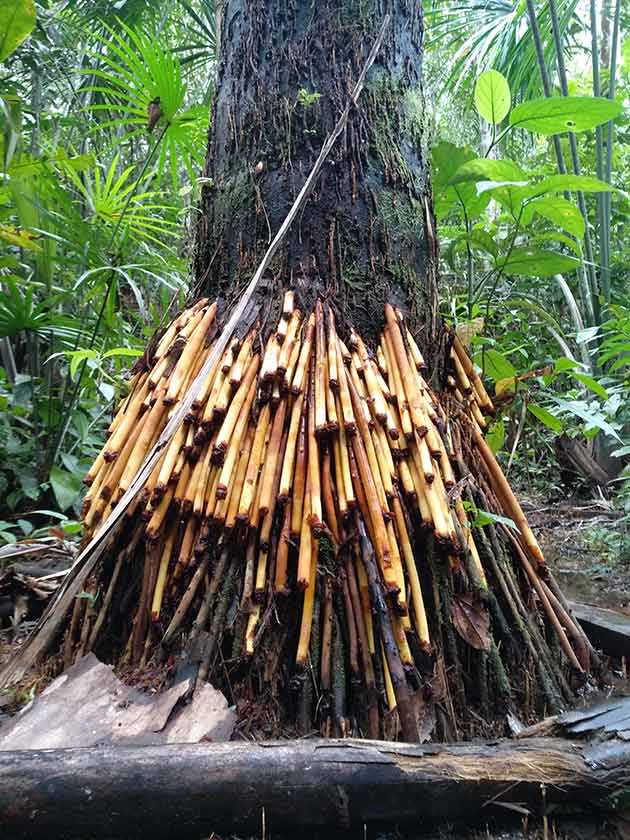 Strange air roots of a tree

Ayahuasca - effects on thebody. What is cleaning?